Ghosts of the Past

Using the iron key and the crystal key recovered from the last two battles, the adventures unlock and open the final set of doors leading to the bandit lord’s vault.

Luminous blue runes adorn the floor and walls of this large chamber. They surround four thick pillars and a wide, shallow pit. At the base of each pillar is what looks like a shattered statue. Dried bones fill most of the pit.

Alcoves line the east and west walls of this chamber. Deeper in the room are two large stone boxes, coffins perhaps. Another pit of bones sits between them. Beyond the bones is a pile of scattered rubble.

Again the adventures enter cautiously. Zesvyrae makes a short prayer to Lolth for guidance, but receives no insight. Rhiannon moves the farthest into the room and some how awakens the ghost of Greysen Ramthane.

A gust of cold wind blows through the chamber, stirring dust and chilling the air. Just beyond the farthest stone box, dim light coalesces into the spectral form of a dwarf dressed in scale armor.

“So, ye’ve taken me life and me home, Bertak, and now ye’ve come for me treasure?” he says.

Blood starts to pour from spots in his armor, and his face contorts in rage. “Ye’ll never take me treasure! Never!”

Euna attempts to calm Greysen and converse with him, but the other have little patience for that and attack him.

As they move closer to Greysen, bones from the pit clatter together, forming skeletal creatures with oversized arms that end in vicious clawed hands.

The heroes battle against Greysen and the witherlings and it becomes clear that Greysen is mad as he rambles on about Bertak and his hidden treasure in the column. In battle, Greysen fluctuates between insanity and murderous glee.

Greysen tries to turn invisible but is hampered by the darkfire from Mallyr. This is balanced by Greysen hovering above the pits and attacking the heroes, keeping him out of reach for many attacks.

The witherlings boost each other and surround Malklyr and take him down. As he bleeds out, Zesvyrae asks him if he wants to be healed he needs to come back to lovely Lolth. Malklyr stares at her and continues to bleed. “Alright, how about just kissing my feet?” Malklyr nds and she sends divine healing towards him and he feels 1000 spiders crawling over him. 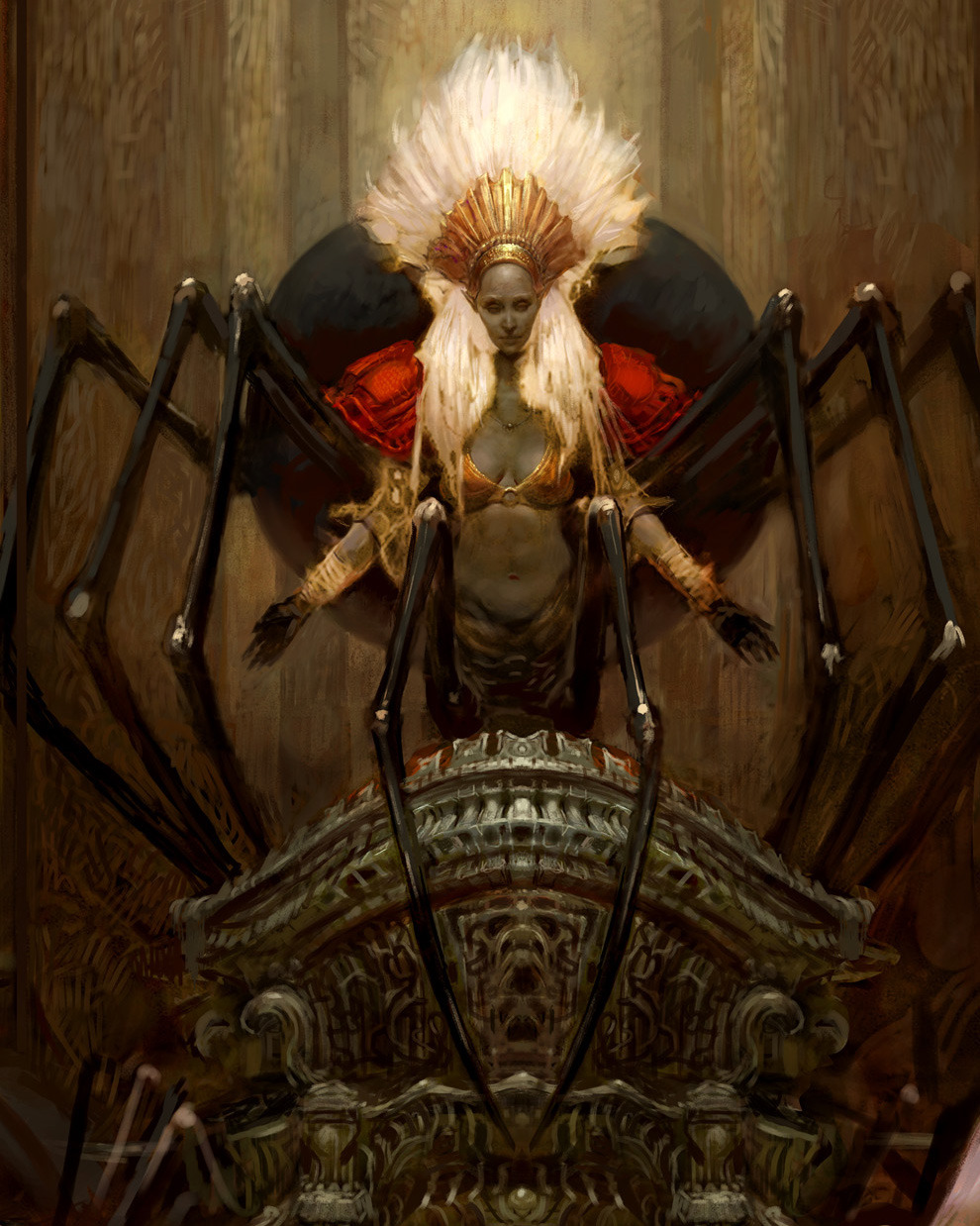 As the fight nears the end, Caerwyn sneaks off to search the pillars and he finds the hidden compartment with the dwarven heirloom, the Gaunlets of Blood.

The last of the witherlings and Greysen is destroyed. They search the treasure boxes and recover 600 gp to split with Benwick and Gorn, and two magical items, but no heirlooms. They search the pillar and find the hidden compartment, but no treasure.

Zesvyrae activates the Serpent’s Eye and informs Benwick that they recovered the treasure. The good friar responds, “We shall await you in the first chamber. As I said before, it’s best to divide the treasure there, where no one can watch us and wonder where all the goods came from. See you soon, friends!”

The heroes catch their breath and make their way back to the first chamber.