Episode 3: Ambush at The Wall

After the flames subsided, the adventures recover a map of the nearby area. Most of the map’s labels appear to indicate locations around the Chaos Scar. They take interest in one part near the King’s Wall that is labeled “Well Hideout.” If that location is indeed Ronnik’s hideout, they might be able to catch him if they hurry.

The rain intensifies during their dark trip to the King’s Wall. After a short search, they find a section of the wall that has an old well house in it, as depicted on the map they found.

Darkness has fallen by the time the adventurers reach Ronnik’s hideout in the King’s Wall. Despite the darkness, it is easy to find the hideout using the map.

The well looks as weathered as the surrounding ruins. They can also see a new wooden frame has been erected above the well, and a rope is tied to this frame. An old bucket has been cast aside nearby, and a coil of unused rope lies beside it.

Also, not far from the well is a portion of wall that looks odd. (The players fail their Dungeonerring check.) As they adventures mill around well investigate the well and fail to discern the weak wall, the kobolds move in closer. (Players fail a Perception check.)

The kobolds spring their ambush on the adventures and collapse the wall with little success. Euna moves to fight with the kobolds while the wizards and cleric play “who can hide behind each.” The fighting is fast and furious as the party quickly destroys all the kobolds. (DM Note: So fast that I threw in another full wave of kobolds just to get us past round 3.)

The blood lust filled adventures realize they killed all the kobolds and didn’t leave any for questioning. (DM Note: I allow them a Heal check to revive one.) But a quick search of the battlefield reveals one kobold less hurt than the other and they quickly patch him up to questions him.

The kobold reveals that the adventures fell for their trap and that Ronnik is their patron and actually at Dragontooth Hill. After gaining the info, the adventures let the kobold expire. 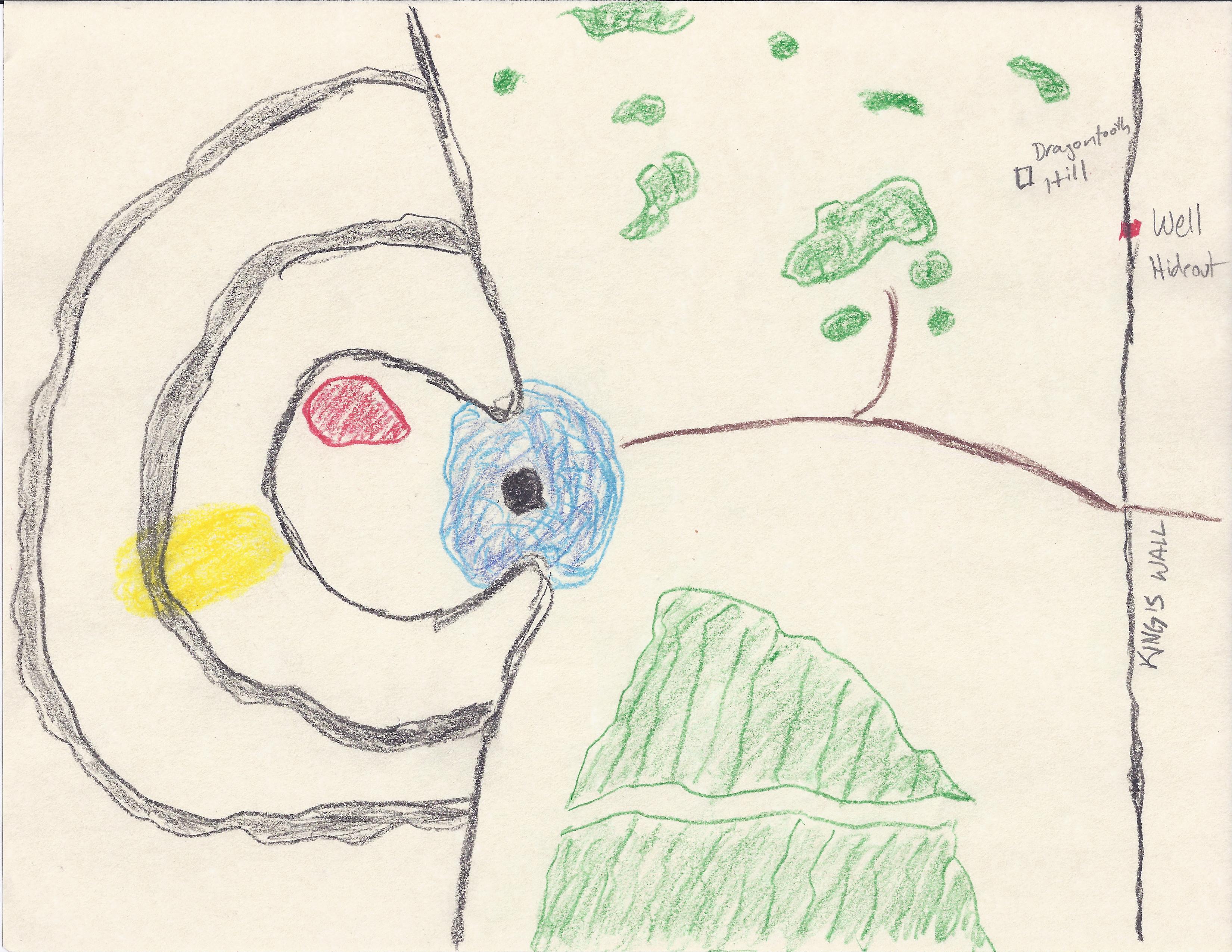 The hour is late and the area is secure, so the adventures plan to camp out here for the night before heading to Dragontooth Hill the next morning.

(DM Note: This week’s Encounter was pretty weak. Five minions and four kobolds were no match for the party. Even doubling the Encounters made little impact to the team.)

It Begins at the Restwell Keep